By 2015, the average income of the top 1% in Illinois was 27 times higher than the average income of the bottom 99% (the 8th highest rate in the country for this measure). The Chicago-Naperville-Elgin metropolitan area had the worst gap in the state, with the top 1% earning 27.8X more than all other earners (ranking 37th highest out all U.S. metropolitan areas). Illinois also has the 8th most regressive state and local tax system in the country: the poorest 20% pay 14.4% of their income on taxes, while the wealthiest 1% pay 7.4% of theirs. Regressive tax systems like Illinois’ contribute to and perpetuate income inequality.

The gap in wealth (savings and assets) is even greater. Unable to save, ALICE families do not have the means to build assets, let alone catch up to those who already have assets (especially those who have been building assets for generations). ALICE families also face more barriers that, when compounded, create an even bigger wealth gap. These include issues like lower pay for women, racial/ ethnic discrimination in homeownership, and student loan debt. According to the U.S. Federal Reserve, White households have a median net worth that is almost 10X higher than that of Black households. To create an economy that works for all of us, we need to understand and address the racial wealth gap.

Prosperity NOW notes only half of Americans realize that there is a wide gap in financial well-being between White households and households of color. Even among those who do recognize the racial economic inequality, there is a widespread misconception that the problem is only based on income. The problem is much deeper than that – when we consider wealth, the financial capital families need to expand their economic opportunity and agency, the disparity facing households of color grows even larger. 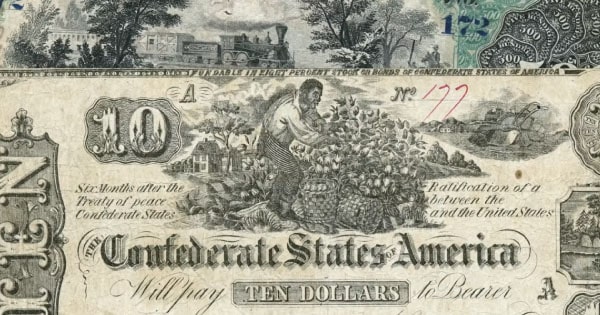 Interested in seeing how the disparity developed over our nation’s history? Watch an episode of Netflix’s Explained, “The Racial Wealth Gap”. Reflect on what you watched and acknowledge any new information. 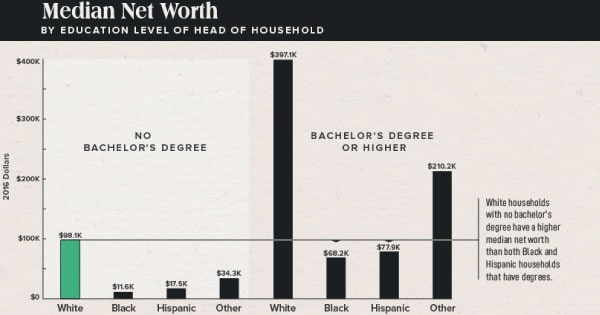 Take a look at Asset Types Held by Race, by Jenna Ross, Visual Capitalist. Reflect on the asset types held by the race you identify with and those of other race identity groups. 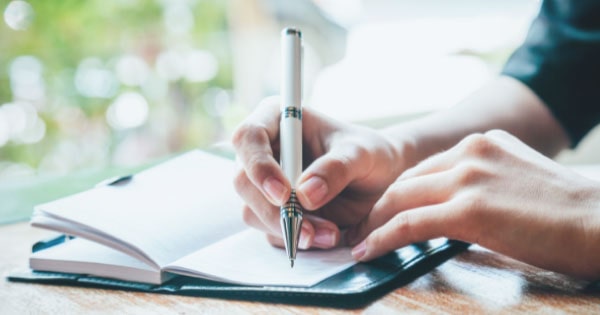 Journal on you and your family’s experiences of work and money.