Institutional Racism is defined as “the systematic distribution of resources, power and opportunity in our society to the benefit of people who are white and the exclusion of people of color.” – Solid Ground

To assess current levels of residential segregation, Governing analyzed the latest 2017 fiveyear American Community Survey estimates from the Census Bureau. Our primary measure is what’s known as the index of dissimilarity, with higher values (on a scale of 0 to 1) representing higher levels of segregation between blacks and whites.

Present-day racism was built on a long history of racially distributed resources and ideas that shape our view of ourselves and others. It is a hierarchical system that comes with a broad range of policies and institutions that keep it in place. Policies shaped by institutional racism that enforce segregation include redlining, predatory lending, the exclusion of veterans from the G.I. bill, and the forced segregation of neighborhoods by the Federal Housing Authority. As a result of institutional racism, inequities persist in employment, housing, education, healthcare, government and other sectors. ore. 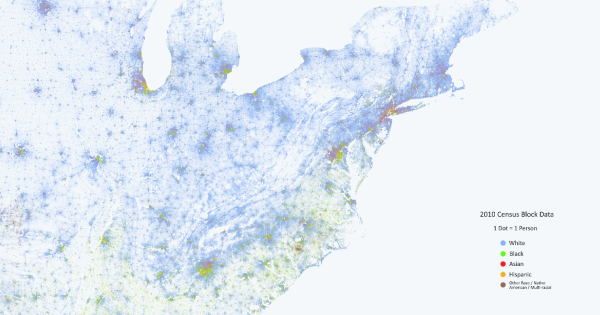 Explore the Racial Dot Map created by the University of Virginia, which uses colored dots to visualize how racial segregation appears in our communities. We encourage you to zoom into Illinois and your city to see how it plays out in our backyard. Read more about the methodology. 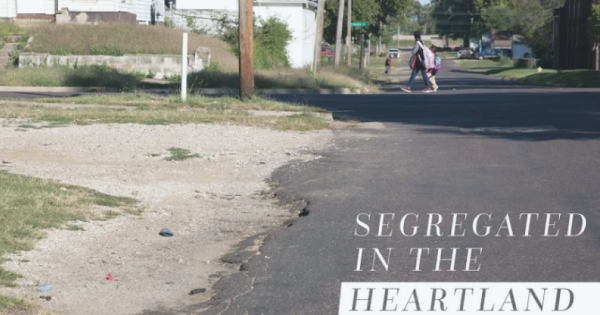 Read stories in Governing Magazine series “Segregated in the Heartland: An Investigative Series” surrounding issues of segregation in Illinois. 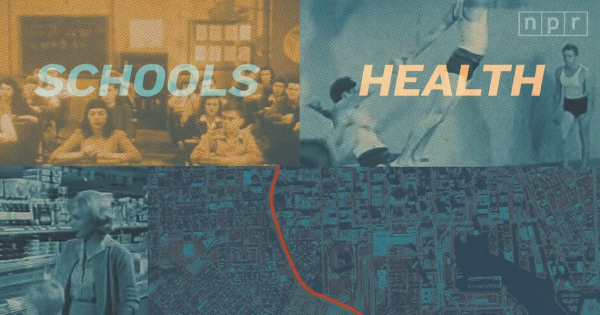 Why are cities still so segregated? Watch this quick video where NPR’s Code Switch looks at the factors contributing to modern day segregation. 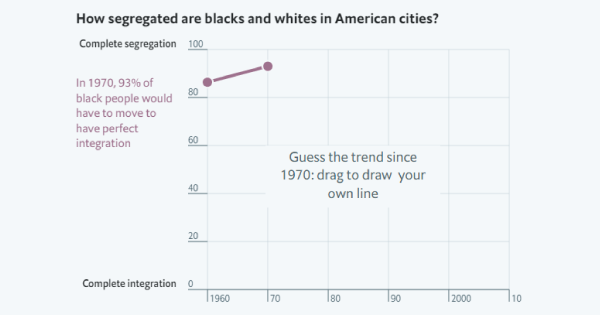 Fifty years after Martin Luther King Jr.’s death, our nation is still divided. Read more from The Economist about how segregation exists today in cities across America and the costly impact it has on the future of our communities.